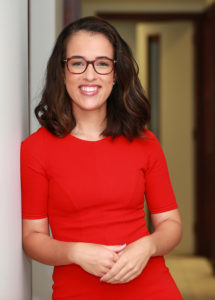 A public limited liability company (N.V.) is a legal entity with one or more registered transferable shares or shares made out to bearer.

Once incorporated, the company must be registered with the Commercial Registry of the Chamber of Commerce and Industry. Details to be filed include the object of the company, its share capital (if any) and the particulars of the managing directors, supervisory director(s) (if any) and possible attorneys-in-fact acting under general powers of attorney (procuratiehouders).

From a company law perspective there is no minimum share capital. Based on regulatory requirements there are, however, minimum capital requirements for finance companies issuing publicly traded debt bonds, investment institutions, insurance companies and banks.

Unless the articles of association determine otherwise, managing directors and supervisory directors are appointed by and can be suspended or dismissed by the general meeting of shareholders.

Unless the articles of association determine otherwise, shareholders meetings must be held on the BES islands. Attendance by proxy is permitted. Unless the articles of association state otherwise, a simple majority of votes present and represented at meetings can validly adopt resolutions with no quorum requirements. Written resolutions can also be adopted outside of a meeting, provided that all persons that are entitled to vote with regard to the subject have cast their vote.

The financial year of a BES islands company may be the calendar year or any other twelve-month period to be specified in the articles of association.

Each year, the board of managing directors has to draw up financial statements within eight months after the lapse of the financial year, which statements consist of at least a balance sheet, a profit and loss statement, and an explanatory note to these statements. The general meeting may extend this period by six months at the most, based on “special circumstances”. The Civil Code does not state what is  considered to be a “special circumstance”.

The net profits of a N.V.  are at the disposal of the shareholders who can either declare a dividend or reserve the profits. If the articles of association so provide, interim dividends may be declared from current year profits by the shareholders meeting or such other corporate body as appointed thereto in the articles of association. Dividends and other capital distributions cannot be paid and made if the equity capital is or becomes negative as a result of such dividend or distribution. If the company has a nominal share capital that capital is considered to be the limit.